You Can’t Say That Because You’re White 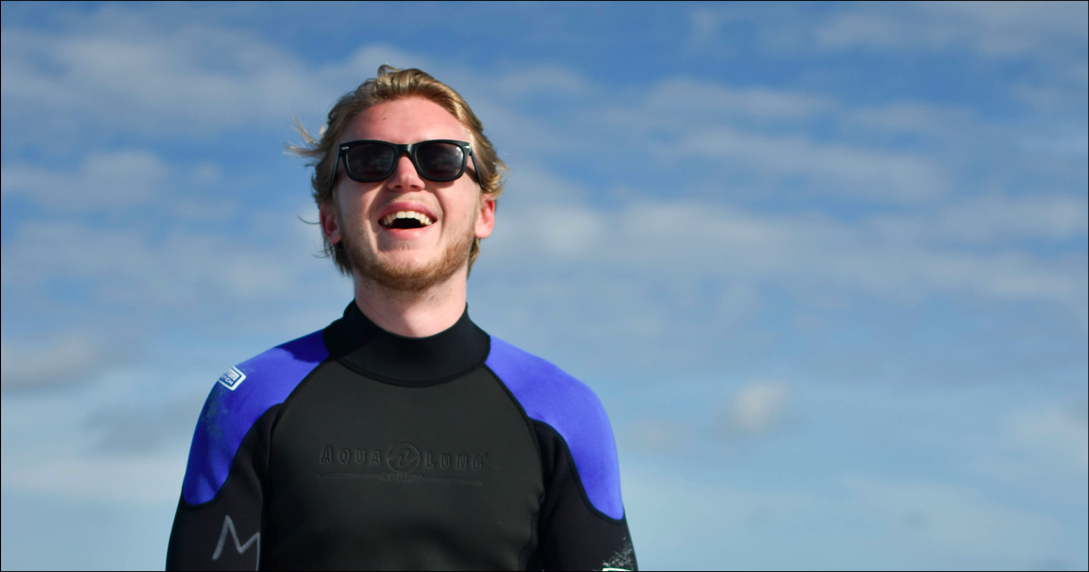 I’ve been running into a roadblock with some of the topics that I’d like to discuss on this site.

Whenever I consider writing about identity politics, gender, race, or to be honest, anything socially contentious, I hear a little voice in my head saying you can’t write about that because you’re a white guy.

It’s not crazy to assume I’ll get pushback. What I’ve been finding over the last few years is that whenever I try to discuss something controversial, if I’m not around close friends, I will inevitably receive some form of retort that I can’t talk about it or have opinions on it because I’m white or male or both.

To be fair, I understand where the anti-white-male-opinion bias comes from. There are certainly white guys out there who believe that black men don’t get treated differently by police officers, who believe that Asian women are submissive, who see a latino man watering his lawn and assume he’s hired help.

These are bad, misinformed opinions, and they need to be challenged aggressively. It’s probably most up to other white guys to call their friends out on their bullshit, especially when they bring it up in private. But these aren’t the opinions I’m talking about.

What I’m concerned with is the jump in reasoning that I’ve frequently run up against, that because so much of racism and sexism derives from white guys, any opinions from white men even remotely related to gender, race, inequality, and such, are inherently wrong or malicious.

For example, whenever someone mentions the “77 cents for every dollar” male-female wage gap, I point out that it pretty much disappears when you account for differences in job choice and likelihood to negotiate. That it was called “Mostly False” by Politifact when Obama mentioned it in his 2012 campaign. And that if the wage gap were that extreme, women would dominate the white collar workforce because you could hire them for so much less.

When I bring this up, I get two kinds of reactions. The first, is “oh that’s interesting, can you send me the data on that?” This is a great, reasonable response. They’re not immediately dismissing it, they’re listening to a potential new interpretation of the situation and they’re curious about discussing it.

The bad reaction, which I get much more frequently, is some form of “oh sure, you’re a guy, so you don’t think there’s a wage gap.”

There are three main reasons this is a problem:

First, it takes what was a normal conversation and turns it into a confrontation. It’s no insult to say that there might not be nearly as big of a wage gap as people think, but it is definitely an insult to imply that I can’t form reasonable opinions because of my gender.

They’re implying that men are unable to rationally interpret data on the wage gap, which is itself an odd form of sexism. And once they make that leap to insults, any chance of reasonable debate is gone. It’s no longer a discussion of the issue, it’s a fight.

Second, it’s actually an opportunity for the listener to share a story that demonstrates some aspect of it I might not be seeing. I very well could be misinformed about part of the topic, but I won’t learn their side of it if they attack me instead of sharing it.

I was discussing Asian stereotypes with a friend, and she pointed out how even though many of the stereotypes are “good,” they can still be damaging to kids by creating performance anxiety. If everyone around you makes jokes about you being good at math, you’ll feel like a failure if that’s not what you’re interested in. If she had instead said “you don’t understand Asian’s because you’re white,” I wouldn’t have gotten that added perspective.

Finally, and most importantly, it’s intellectual laziness. If your reaction when someone gives you information that might challenge your beliefs is to insult them, you’re doing yourself a disservice. You’re losing the ability to learn something new or have a friendly debate that challenges both of your beliefs.

The more we fall into that laziness, the more we lose the ability to tell the difference between a reasonable opinion and a malicious one. Should a bunch of old white guys decide abortion laws? No. Can guys have reasonable opinions on abortion? Yes.

We owe it to each other to try to figure out why someone thinks a certain way, and not immediately tell them they’re wrong because of some aspect of their birth. I’m sure that even in writing this, at least one person will say “oh wow, a white guy feels oppressed,” but this isn’t really about my experiences, or white people, or men.

It’s about you, and me, and how we deal with other people in the world. It’s about recognizing that so many of us have gotten into lazy habits of thinking where we throw away opinions that don’t fit our pre-existing views, and we need to fix it. We have to not treat uncomfortable ideas like parasites, but learn to pick them up and play around with them in our heads and see where they lead us. Even if it’s a little uncomfortable.

For me, that means being willing to write about these topics without being too concerned with the pushback. My response to the problem so far has been to only talk to close friends about these issues, but that only makes the problem worse. If we respond to criticism by retreating to safety, we become more absorbed by our own little bubble and lose the ability to disagree civilly.

And this is my ask of you. To be willing to debate. To try to understand and find the logic to opinions you don’t agree with. To be patient with people who have different opinions from you. To not throw out others’ ideas because you think they’re biased from being white/female/black/gay/tall/a Nigerian Prince or whatever. To recognize that who you’re talking to might have a reason for their beliefs.

Even if they’re a white guy.

Then consider signing up for my Monday Medley newsletter. It's a collection of fascinating finds from my week, usually about psychology, technology, health, philosophy, and whatever else catches my interest. I also include new articles, book notes, and podcast episodes.

Thank you! Your submission has been received!
Oops! Something went wrong while submitting the form.
© Nathaniel Eliason, 2020 | You're looking great today.