College After COVID: How to Get The Best of Both Worlds

By Nat Eliason in Education 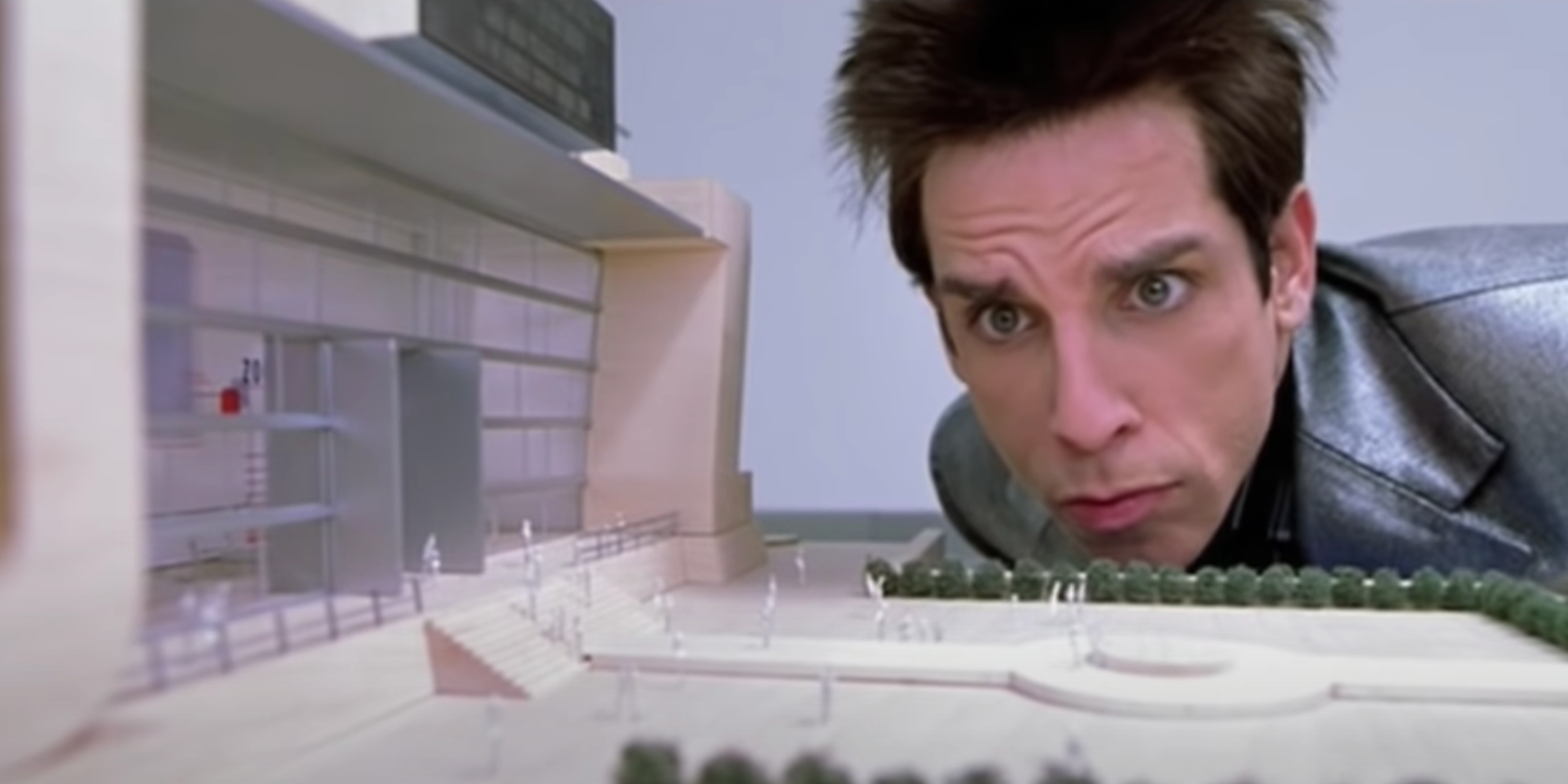 Once quarantine is over, universities are going to have a tough job ahead of them. Now that we know education can be done remotely, how do they justify their high price tag, exclusivity, and curriculum?

For everything universities do poorly, they do provide some value:

But they can no longer claim that being on campus is necessary for learning. It may enhance learning, but it's not necessary.

I have an idea of how this could look, that I think takes into account how slow and unmotivated the existing structure will be to change anything.

Step One: Unbundle Professors from Universities

One of the draws for a university is the professors you can learn from.

We know that we don't need to be on campus with a professor to learn from them. They can teach online too. But there is still something nice about having the option to learn face-to-face, both for students and professors.

The main incentives to leave would be higher pay or access to better students. But with the growth in online learning, they might be able to get the best of both worlds. By broadcasting their classes online for anyone to take, students from other universities could learn from top professors without having to be on campus with them.

This won't ever be the same as in-person learning, which is why professors should have two subscription tiers:

At this price tier, you get in-person access to the professor. You can go to office hours, ask them questions, smoke pot with them, etc.

At this price tier, you may get to join for group Q&As but you don't get direct access. Your work is graded by a TA, you get TA office hours, and you only get the online version of the class. But if you're on the UCLA campus and you want to study from someone at MIT, now you can.

This shifts the power back from the universities to the professors:

As a digital database gets built up of career and professional success correlated with different professors, those professors' value would increase and they'd be able to charge more and more for the higher quality education they provide.

The price they command would be one signal of quality, but there could also be some sort of ranking system. You'd pay more to learn your core interests from an S tier professor in person, but maybe you'll hire a B tier professor remotely to bang out that history requirement.

Instead of having to pay gobs of money just to be on a campus, now you can select when you want to pay more for in-person access to someone really effective.

If you don't need to be part of a campus to learn from its professors, what's the role of the university?

Universities could continue to exist as a combination of a local community and a filtering mechanism. A university is still a great way to find friends or a partner, assuming it continues to filter out people you're unlikely to have as close of a relationship with.

When you graduate from high school, your test scores could qualify you to attend a certain tier of campuses.

You can live on any campus at or below the tier you qualified for. So if you get awesome scores and qualify for S tier, you can live at Harvard, Stanford, UVA, etc.

Then at the end of each year, you re-qualify for your tier based on your grades and the rigor of classes you chose to take.

Some campuses could choose to silo their qualification criteria. MIT might require you to have taken a certain level of math or physics.

You could stay on one campus for four years, or move around every semester to get the best professors in person. Totally up to you. Similar to how Minerva has their students change campuses each semester, you could jump around the country, or world, to get the professors you want to learn from in person.

If you're taking more than a certain number of in-person classes on a campus you can live there for free. Otherwise, you pay room and board.

If someone wants to study math, there's no reason to make them pay $40,000 to spend a semester taking general education requirements.

Instead of the current Degree system where you have to take a whole bunch of other classes you aren't interested in, students could just focus on the tracks of learning they care about and pick up other classes a la carte as they're interested in them.

Tracks could be nearly infinite, since they'd comprise any combination of in-person and online classes around the world.

Universities would create tracks based on how they think you should learn, but anyone could create and publish a Track online.

Google, for example, could make a Machine Learning track. Complete it above a certain grade level, and you instantly skip the first few rounds of interviews for a job there.

Each track would have a core set of classes to complete with professor options for each set of classes (largely based on the professor tier and reputation). Then there'd be recommended additional classes based on what was interesting to you.

Tracks can show income potential too, and let you compare that to any debt you have to show how long it'll take to pay off. This would hopefully reduce the number of kids paying $150,000 for a gender studies degree. Banks could even use your track choice to decide your loan eligibility.

If you want to sign up for university, bang out the Human Computer Interaction track in a year and a half and start job hunting, you could! Or if you want to spend six years going down half a dozen different philosophy and history tracks, go nuts. No more made-up constraint of the four-year degree.

Is this even possible?

There are three parties that need convincing:

Students seem they'd be the easiest convinced because they have the most upside:

Good professors have the next-most upside. They'd get paid significantly more, have more flexibility in how they work, and they wouldn't be tied to a university anymore.

The risk for professors is that they have to actually be good at teaching now. Despite going to a pretty good university, most of my professors were terrible, so I suspect a lot of weak professors would have a harder time staying employed under this model.

But others might like the motivation to do a better job, since now they actually have an incentive to do it. A great professor could manage, say 30 in person students and then 500 remote students. At the pricing outlined above, their top-line revenue per semester would be $400,000.

Universities have the most to lose here. They won't be able to bamboozle kids into taking on $150,000 in debt to get a piece of paper.

But this is why COVID-19 is such a good forcing function for a change like this. With the stronger push for online education, universities will be incentivized to respond with some sort of blended model.

Plus, this model means universities can fire the bulk of their administrators and non-essential staff. And they won't need to pay professors or TAs, since they're just taking a cut of the revenue they generate.

Universities might end up being more profitable and would definitely be less bloated.

No one would spend $150,000 on college if they didn't think it would improve their earning potential. For this transition to happen, the new model would need to assure students they're going to have great job prospects post grad without being saddled with needless debt.

I think a good first step would be for universities to offer digital enrollment. Let students register as remote students, with lower, more flexible requirements.

Once more universities offer that, they can start sharing classes among them. If you're a digital student at MIT, you're part of a partnership with Harvard, so you can take classes at either one. MIT & Harvard track each student’s course load, and split the remote tuition based on how students split their classes.

Then a few professors need to go rogue. With more online students indicating which professors are better, the good professors should demand higher pay in line with the enrollment they command. Since remote students can pick whichever professor they want, the professors more students are learning from should obviously be paid more.

Universities should realize they want to keep these professors happy, so they'll have to give them what they want.

But when do we make the switch to paying professors directly? This would likely have to start with a rogue university: one founded primarily by good professors from a bunch of other universities.

It could even be a mostly online university with some lecture halls that it rents out in a city like NYC. It would be significantly cheaper than any existing university because it doesn't have all the infrastructure and bloat, and good professors would be motivated to move to it since they could be paid significantly more and not have to deal with the bureaucracy on their campus. They would be free to study what they're interested in, teach as much as they want, and get paid for how good they are.

If more professors start leaving universities for these new colleges, the old universities will have to transition to giving good professors more of the upside to retain them. The ones that don't will probably go out of business.

The biggest hurdle to this will be the inertia and signaling strength of old institutions like Harvard, Yale, Princeton, etc.

Most of the value of these universities is not the education you get there, but being able to say you went there. If education were the product, Harvard would have opened more campuses centuries ago. The product is status, and this new system would significantly devalue that product.

Parents will be reluctant to endorse their children trying out some new system like this too, so change will have to happen slowly.

But the inertia of old colleges associated with invasive green vines isn’t insurmountable, nor is the pushback from parents. The success of new education systems like Lambda and Minerva is promising. People are realizing that the current university system is broken and they're looking for something else. If a new system can give the same education and learning potential at a dramatically lower cost, parents could be convinced and Ivys could be forced to adapt.

Now that we have this extreme forcing function, we might see some progress. For all the bad it has done, hopefully COVID-19 is the shock to the system the university system needs.