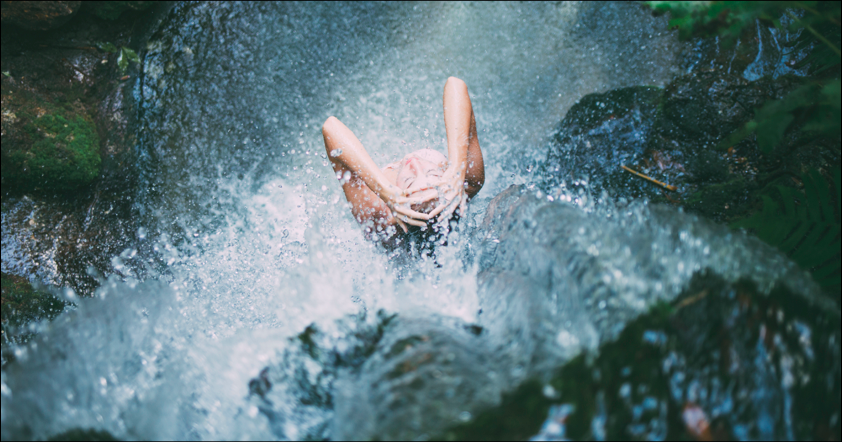 We’ve all experienced feeling sad, annoyed, frustrated, upset, and wishing we could do something about it, but believing we’re trapped in that emotional state.

Five years ago, I was in these emotional states almost constantly. If I was alone with nothing in particular to occupy myself with, I would feel sad for no identifiable reason. It was easy to believe I was stuck feeling that way until I stumbled on this technique for rapidly kicking myself out of that emotional state.

This might seem silly, or like it can’t possibly help, but I’d encourage anyone feeling depressed, anxious, stressed, pissed, or otherwise in a bad mood to give it a try. It’s consistently worked for me when I’m in one of those states, and it’s worked for every friend I’ve suggested it to.

The biggest challenge will be making yourself do it when you’re feeling out of it. But if you can get yourself to take that first step, I can almost guarantee you’ll feel worlds better five minutes later.

Here’s what you have to do.

No downer music, no purely instrumental music, just any two songs that you know make you feel good and that you can sing along to.

Second: Go to the shower and set it as hot as you can comfortably stand. You should probably take your clothes off too, unless you haven’t washed them in a bit.

Third: Silence your phone notifications and put the first song on full blast so you’ll be able to hear it over the running water. A portable speaker might help depending on what phone you have. And in case you don’t know, an iPhone 7 is mostly waterproof so you can bring it in with you.

Fourth: Get in the shower and see if you can stand making it any hotter. You want to be sweating by the end of the first song. It should probably be a little painful, pain is good here.

Fifth: Sing! Sing along to the song as loudly as you comfortably can.

If you haven’t felt silly up to this point, most of you probably will here especially if you’re trying to do this while in a really bad mood. Just try it. It’ll be over in five minutes anyway, so give me the benefit of the doubt and just sing along to that song. If you hate it and still feel stupid in five minutes, I give you permission to send me mean things on Twitter.

Sixth: When the song ends… turn the shower as cold as possible.

This is part of why you wanted to get all hot and sweaty in the first place. The cold water is going to shock your nervous system back to normal, and it’s going to be easier to bear if you’re already overheating.

Again, please just try it. I don’t care if you feel stupid, or like it won’t work, or like you can’t bear the cold. You can bear it, and it will work. And it’s only for the duration of the second song.

Seventh: Once again, sing along!

Singing is serving two purposes now: it’s very hard to be upset while singing along to a song you like and you’ll notice the cold less while you’re singing along since you’ll be distracted. Also, singing will require you to take big, deep breaths, which will again help with managing the cold.

When the second song is over you can keep going in the cold if you’re enjoying it, or you can get off and towel off. It might help to have a third song here to keep the mood up, but by this point you should be feeling drastically better.

It’s almost impossible to keep feeling unhappy after intense cold exposure like this. The cold part at the end is what’s making the biggest change in your state of mind, and the singing and the hot water beforehand are all devices to make the cold easier to handle.

If you want to get the full benefits in less time, you could just as easily hop in a cold shower, cold plunge, ice bath, but I find that having the music and getting hot first helps immensely. There’s plenty of research behind this if you don’t believe me.

One last request. If you’ve read to this point and are thinking “This is stupid Nat, this won’t change how I feel,” just try it. What do you have to lose? It’s only five minutes, and you need to shower at some point anyway. Once you realize that you can change and even harness negative emotional states they will have much, much less power over you.

If you go through the routine and at the end you still want to feel upset, anxious, annoyed, or whatever else, go ahead. But I’m confident you won’t.

P.S. If you want more on handling depression and anxiety, listen to my interviews with Charlie Hoehn and Adil Majid where we touched on personal experiences and solutions to both of these topics.