How to Break Through Any Learning Plateau and Never Stop Growing 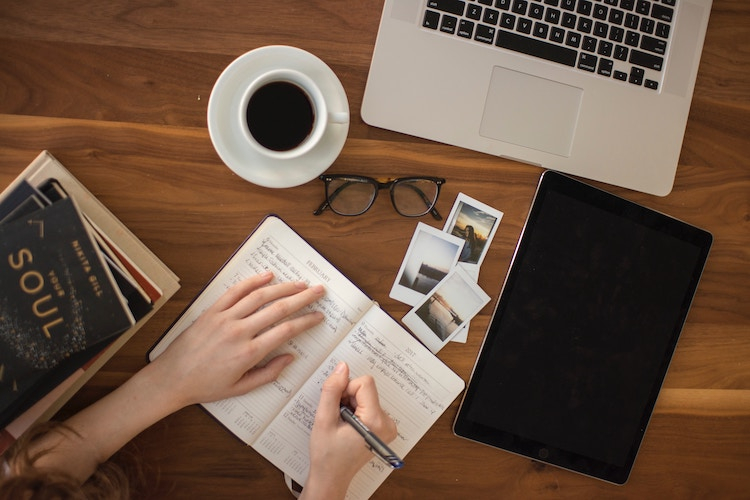 “There are no limits. There are plateaus, but you must not stay there, you must go beyond them. If it kills you, it kills you.” – Bruce Lee

In my discussion of developing consistent motivation, one challenge became obvious: what about when you hit a plateau?

A major source of the motivational Dip that strikes in the middle of projects is performance plateaus: the quick, exciting gains you had in the beginning start to slow, and when they do, your motivation to continue will decrease significantly.

This is especially common in skill development, and was one of the challenges that Anders Ericsson encountered in his research for Peak:

“When you first start learning something new, it is normal to see rapid— or at least steady— improvement, and when that improvement stops, it is natural to believe you’ve hit some sort of implacable limit. So you stop trying to move forward, and you settle down to life on that plateau. This is the major reason that people in every area stop improving.”

But getting through that plateau of contentment is critical to hitting the bigger goals you’ve set for yourself. Doing so requires learning how to break yourself out of that contentment, out of that plateau, so that you can keep learning and keep getting better.

It’s fairly easy with the right techniques, which we can break out into three categories, and then organize into a five-step checklist at the end.

This is one part of a 7-part masterclass on teaching yourself anything. If you want the other 6 parts, you can get them for free here.

Lean into the Challenge

“Growth comes at the point of resistance. We learn by pushing ourselves and finding what really lies at the outer reaches of our abilities.” – Josh Waitzkin, The Art of Learning

You might stop learning if there’s a challenge you’re avoiding. A hurdle you have to cross that’s scary. One you might fail. Growth has been comfortable and easy up till this point, and you don’t want to take on a challenge that turns the fun game into a serious commitment.

But these challenges are exactly how we get better at the skill. If you’re trying to learn stand-up comedy but you’re not performing in front of an audience besides your friends, you’re unlikely to get the feedback you need to improve. If you’re trying to learn a language but only doing exercises on Duolingo, you’re not truly learning it since you’re not having conversations with people. If you’re practicing songs you already know how to play instead of potentially embarrassing yourself with new ones, you’ll never get better than those songs.

The first step to breaking through a learning plateau is to identify if there’s a big challenge you’re avoiding. If you’ve been spending tons of time on Codecademy “learning” to program but haven’t built something you can put in front of another person to use, then you’re stuck at a plateau. If you’re only cooking recipes you find online and not trying to make new recipes on your own, that’ll be a plateau too.

You have to take the training wheels off at some point, and the sooner you do, the sooner you can fall down a few times and figure out how to ride the bike. Each stage of the Dreyfus model is a natural plateau, and taking off the training wheels is the critical move to get past the Advanced Beginner stage and continue towards Expertise. If you never start using your intuition, you can never become Competent, so it makes sense to make that leap sooner rather than later.

But if it feels like you’re already taking on the challenging parts of the skill and using some intuition: talking to natives, publishing web apps, sharing your writing, getting in front of an audience, and there’s no clear greater challenge you could start pursuing, but you’re at a plateau nonetheless, then the next step is to mix up your technique.

Mix Up Your Technique

If you know where your limits are and you’re leaning into them but they aren’t budging, you have to try something else. This is best seen with weight lifting. If you’ve been trying to increase your bench press, deadlift, squat-rack-curls, but they aren’t increasing, the next step is to stress the muscles in a different way. Borrowing from Peak again:

“…the best way to move beyond [the plateau] is to challenge your brain or your body in a new way. Bodybuilders, for instance, will change the types of exercises they are doing, increase or decrease the weight they’re lifting or the number of repetitions, and switch up their weekly routine. Actually, most of them will vary their patterns proactively so they don’t get stuck on plateaus in the first place.”

In the “Starting Strength” training program, popular among novice weight lifters, the routine changes every few weeks to preempt plateaus and maximize your strength gains. By switching up the exercises and decreasing the frequency of more draining ones, it helps you avoid hitting a plateau for how much you can lift (for a while, at least).

Drawing on the theory of constraints, this process works because it avoids one lagging muscle group becoming a bottleneck to progress. You could, for example, have strong enough quadriceps to squat 225 pounds, but if your lower back can’t keep the weight steady you’ll fail the lift.

The simplest way to apply this to learning is to change your practice methods and education sources. If you’re trying to learn a language, don’t just use Anki, Duolingo, or iTalki. Focus on one at a time while doing smaller amounts of the others and rotate your focus every few weeks as you start to plateau or get bored. What you’ll find is that by taking a break and coming back to each one, you’ll blow through where you were before.

If you find that you’ve hit a plateau you can’t break through just through a diversity of practice methods though, then it’s time to get more tactical. Start by identifying what part of the skill might be holding you back, and then see how you can devise a training method that focuses on that part of the skill. Maybe you have a huge vocabulary of Spanish words from doing Anki practice, but you struggle putting them into grammatical sentences. The solution isn’t to keep practicing on Anki. It’s to get on the phone with a native and hammer away at sentences, or start writing massive numbers of them for feedback on Lang8.

This is a core element of deliberate practice, and how Ericsson helped Josh Foer get through a plateau on how many cards he could memorize:

“… I suggested to Josh that if he wanted to speed up the pace at which he could memorize the order of a deck of cards, he should try to do it in less time than it normally took and then look to see where his mistakes were coming from. By identifying exactly what was slowing him down, he could come up with exercises to improve his speed on those particular things instead of simply trying, over and over again, to produce some generalized improvement that would decrease the amount of time he spent on an entire deck of cards.”

Now with these three techniques combined, we can develop a simple method for avoiding and getting through plateaus.

A Checklist for Breaking Through Learning Plateaus

If you think you’ve hit a learning plateau, follow these steps to get through it.

As long as you follow the steps faithfully, you should have no issue moving to the next level.

Improving Idea Flow
How to Take Smart Notes: A Step-by-Step Guide
The Best Things I Read in 2020
A Simple Exercise to Discover What Skills You Should Learn
Self-Education: Teach Yourself Anything with the Sandbox Method