How to Play Liar's Poker (The Card Game)

By Nat Eliason in Fun 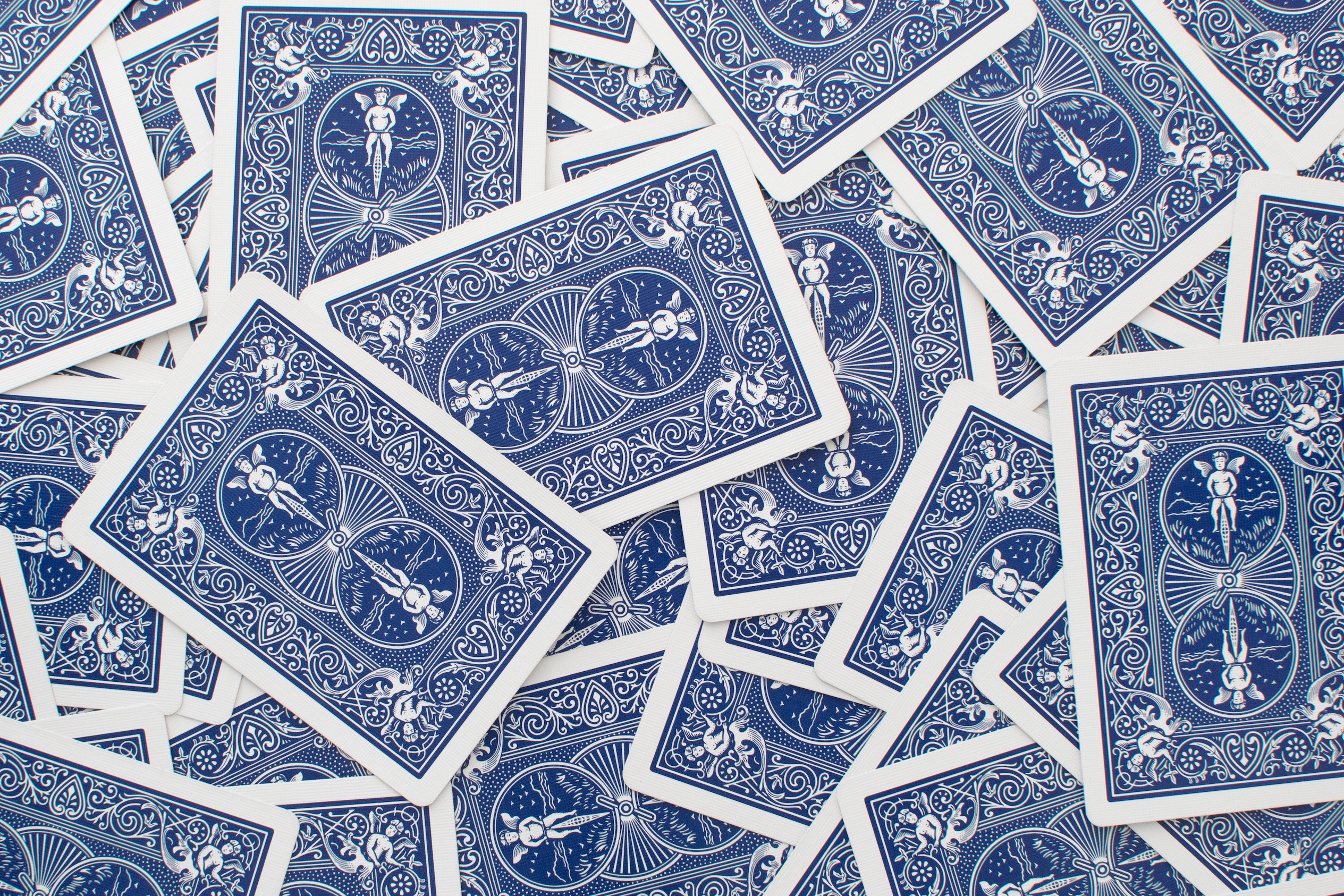 This is one of my favorite card games, which I originally learned from my friend Adil. Another friend asked me to send him the rules, and I couldn’t find them anywhere online, so despite this being kind of an unusual post for this blog, here we go.

Liar’s Poker is a card game based on probability, memory, and deception. It can be played with 2 or more people, with 8 being a good maximum. 4-6 is ideal, in which case a game typically lasts 20-45 minutes.

Everyone starts with two cards, hidden from the other players. Each person takes turns guessing what they think is the highest poker hand that exists at the table by combining all of the cards that are out in play.

So let’s say you’re playing with three other people. You draw an Ace of Hearts and a 3 of clubs. If you go first, you might simply say “Ace high.” Then the person to your left would go, and they’d have to guess a higher poker hand than the one you just said.

In this case, any pair or higher would beat the hand you guessed (since you only guessed Ace High). So maybe they say “two kings.” Now, for all you know, they could have two kings, one king, or no kings. They’re just saying what they’re willing to wager is the highest hand on the table.

Now, the person to their left goes. They need to either guess a higher hand (two aces is the only higher pair, otherwise they have to go to two pair and up), or they can call “bullshit.” Once someone calls bullshit, the hand is over, and everyone puts their cards face up for everyone to see.

Whoever loses has to take an extra card next turn, when new cards are dealt, which in this case would mean they are dealt three cards and everyone else is still dealt two.

So the order of play is:

Getting an extra card is a blessing and a curse. You get more information since you have more cards to make hands with, but if you get to six cards, you lose. So while you don’t want to get an extra card, it does give you a competitive advantage.

Now, as people get more and more cards, the hands will have to get bigger. When everyone only has two cards, it’s hard to bet anything bigger than two pairs or a trip. But when everyone has three to five cards, and there are four players, you could have as many as 20 cards on the table.

How can you have 6 of a kind? Well here’s the other big rule: 2s are wild. So if you have a 2, it can be anything, and 2s can be used to support anyone else’s hand.

And, yes, I realize that the probabilities do not work out perfectly on those rules, but they’re close enough to being right while being easy enough to remember that you can easily use them in fast play. If someone comes up with an easy to use and more mathematically sound system, let me know.

Someone good at the game will mix in a healthy amount of lying with truth telling. One strategy, for example, is to completely lie in the early hands (saying you have two of a card you don’t even have one of, for example) to try to get people to use it in their hands later (like someone making a full-house with your two imaginary cards) so you can call bullshit.

There’s also some strategy to table position. You typically want to make the most aggressive bet you can without the next person calling bullshit on you, with the goal of the game not making its way back around to you. This can lead to making 4 of a kind, or flush bets on the first turn in later games when everyone has more cards.

A few other finer points:

Have fun with it, and let me know if you come up with any good modifications.