Here's What I Learned Eating No Gluten for One Month 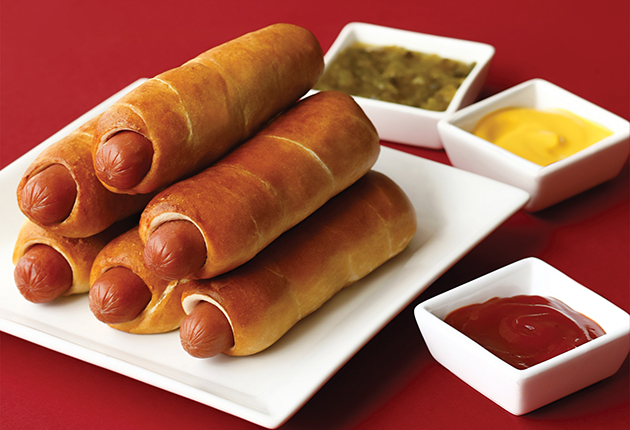 Now, I hate sensationalist articles, and I’m not trying to write one. If you have to use scare tactics to get your point across, I assume you have a weak argument. When I read this article by Robb Wolf on the problems of gluten, I was turned off. It’s condescending at parts and makes it sound like every disease in the world can be fixed by removing gluten. But his call to action at the end is compelling:

“I’ll bet that if you completely remove these Neolithic foods from your diet for one month, you will notice a dramatic improvement in how you feel and perform.”

One month isn’t so bad. If gluten is truly destroying my gut lining, slowing me down mentally, and causing me constant inflammation; then I imagine removing it for a month to get it entirely out of my system should have a noticeable impact on my sense of well-being.

Anecdotal evidence, though not scientifically rigorous, is usually the best we have for assessing different health and lifestyle practices. Do you feel better when you sleep 8 hours or 6 hours? When you stay fully hydrated or dehydrated? When you’re eating organic food or McDonalds?

So why not try it for one month and see what happens?

Feel free to skip this section if you’re not here to criticize me.

In some ways this experiment made me a worse person. If I told you in the last month that I’ve developed a wheat allergy, celiac’s disease, or grain sensitivity (is that even a thing? I made it up)… then I’m sorry, but I lied to you. Around the second week I realized that the religious fervor over what we put in our bodies is so intense that if you tell some people you’re not eating gluten it turns into a 15 minute or more discussion/argument on the reasons why that’s not worth doing. It was exhausting so I gave up trying to explain the experiment. I’m sorry… kind of.

If this post ever becomes popular I’ll have to deal with a fair number of arguments from people who support leaving gluten in our diets. If you’re one of them, I’ve done your work for you. Here’s a complete list of every reason this was a bad experiment and why I can’t trust the results from it. Feel free to choose your ammo:

Sue me. I’m human. On day 7 I had some beer at a party before I caught myself. On days 3 and 10 I had some corn chips, and though they’re made of corn and not wheat, they’re definitely borderline. I had potato skins on day 2, again borderline. And I had rice on day 8, which isn’t technically cheating, but my real goal was to go totally grain-free. There were no deviations after day 10 though.

2. I completely changed my macro-nutrient breakdown

For all of the benefits of the experiment, you could argue that it was a result of my new macro-nutrient breakdown and not the removal of gluten. Before the experiment my diet was probably (by calories) 30% fat, 30% protein, and 40% carbs. During the experiment, it was more like 60/30/10.

My response to this criticism: who cares? If doing A (going gluten free) leads to B happening (having to eat much more good fat) then that’s still a benefit. Sure its not a direct effect, but it’s still an effect. Good luck going gluten free and not having a breakdown similar to that without eating sugar all of the time.

3. I was eating significantly more fat and cholesterol

It’s entirely possible that the mental and physical improvements were a result of having more free cholesterol in my body, as well as having more good fats. Again I think secondary effects are fine.

4. I was getting more vitamins/nutrients than before.

I can’t argue with this one. I started eating more nuts, as well as more spinach, and was definitely getting a more balanced diet and more vitamins and minerals than before. This was again likely part of the improvement, and a beneficial secondary effect.

I didn’t just cut out the gluten-containing carbs (wheat, barley, rye) but rather all grains (including rice, quinoa, etc.) and the substitutes frequently used in “gluten-free” foods (cornmeal, etc.). This was actually easier than just cutting out gluten since I had fewer decision and less “inspection” to do with my foods–I simply didn’t eat grains.

6. I introduced sauerkraut to my diet

I’ve never eaten sauerkraut before in my life, but since I was eating so much pork I decided to try it. I read up on it and found out that it has amazing gut-regenerative properties, and helps keep up your levels of healthy bacteria. It also might significantly reduce your risk of cancer. I was eating about 1/8 gallon per week… it really starts to grow on you.

7. I was cooking more

One and a half weeks into the experiment I realized that trying to keep up my previous habit of eating out for 1/2 to 2/3 of my meals would not be sustainable, or would lead to me cheating. Eating out and getting gluten free, or even grain free food, is hard. So I went to CostCo, bought 25lbs of meat, a bunch of spinach, and started cooking more. It’s possible that the food I was having by eating out was also making me feel worse.

The worst thing about this experiment is that not only will the gluten-defenders criticize it, but the paleo community will as well. I was drinking a lot of milk during the experiment since I needed cheap calories while trying to increase my muscle mass. I’ll try cutting out dairy later and see what happens.

It wouldn’t be a very good experiment if I didn’t list out my other lifestyle aspects that stayed the same through the month:

Before the experiment, this is what 80% of my diet mostly consisted of:

During the experiment, this was 90% of my diet:

And a few other details on how it broke down:

The biggest surprise with this experiment was that it was easy. And I mean very easy. After day four or five I had almost no desire for any grain or carb based foods, and considering all I had bought was food that fit a (roughly) paleo diet there was nothing in my house to tempt me. I fully believe that when you radically change your diet, and stick to it at least 95%, your taste-buds change. You stop desiring those foods you might think you can’t live without, and it’s smooth sailing from there. The only time I struggled was when I found out that CostCo sells giant boxes of frozen Auntie Anne’s Pretzel Dogs… those things are delicious.

There were a lot of other results though. This is everything I tracked or noticed that changed over the course of the experiment:

Around day 15 I started sleeping better than I ever have before. I no longer needed an alarm clock, and woke up naturally after 7.5-8 hours. This happened even when I shifted my sleep time back by an hour for one night, and on one night when I had had a fair amount to drink. The effects have lasted since, and my 1-5 rating of how I feel when I get up in the morning has only dropped below a 5 once since that turning point. I’m also having more vivid dreams.

I was noticeably mentally sharper starting around week 3. I found it easier to focus on tasks, had less brain fog, and felt more alert. Placebo? Possibly, but it was definitely an improvement in my state of being. It may have something to do with having a more constant blood sugar–I know that can improve willpower and decrease the likelihood of feeling “out of it” or groggy.

My testosterone levels were noticeably higher starting around week two. You’ll just have to trust me on this one, but if you’re curious on how to easily measure this then email me.

My fasted blood glucose didn’t change during the experiment. Before starting it I was always in the 70s to low 80s (ideal is 60-100) and that stayed constant throughout the experiment.

Sense of Well Being

The simplest measure of health is: how do you feel when you wake up in the morning? I felt great. It started to pick up around the 2 week mark. I felt a little happier, less stressed, more present, and more focused like I mentioned before… I’ve never changed my diet in a way that has produced such a pronounced effect on my sense of well being.

There were no physiological or mental downsides. The only downsides are social:

None of these changes were immediate, which is why I now understand now why Robb suggested trying it for at least a month. Though the changes were progressive, there were certain “inflection points,” or days when I reflected on how it was going and went “whoa”:

This was meant to be a 30 day experiment, but I see absolutely no reason to go back.

I feel better, sleep better, am spending less money on food, have a better macronutrient breakdown, am eating more vegetables… The only thing I’d gain by going back is getting to eat those foods that we “crave” like pizza and doughnuts. But that’s not even a good argument because at this point my cravings for them have entirely disappeared. And it’s not like you can’t break your diet once in a blue moon, though I imagine that the longer I do this the more violently sick I’ll get when cheating.

There could be some additional experiments to address the criticisms mentioned earlier. I think I should try going dairy-free. I could also try eating gluten free, but getting the same macro-nutrient breakdown I had pre-diet to see if the effects remain. Then I’d know it’s actually from not eating grains and not just from eating more fat.

Finally, I could try reintroducing rice and cornmeal and the other non-gluten grains and see what happens. Since they have almost no nutritional value though… I don’t see a point.

I’ll end with the same call to action that got me started on this experiment. Try it for 30 days. You’ll survive. It’s not that hard after the first few days. See how you feel. Track yourself carefully. If you honestly don’t feel any different on day 30, then go ahead and reintroduce it. And if when you reintroduce it you don’t feel violently sick, then go ahead and keep eating it. Though I suspect you’ll have results similar to mine.