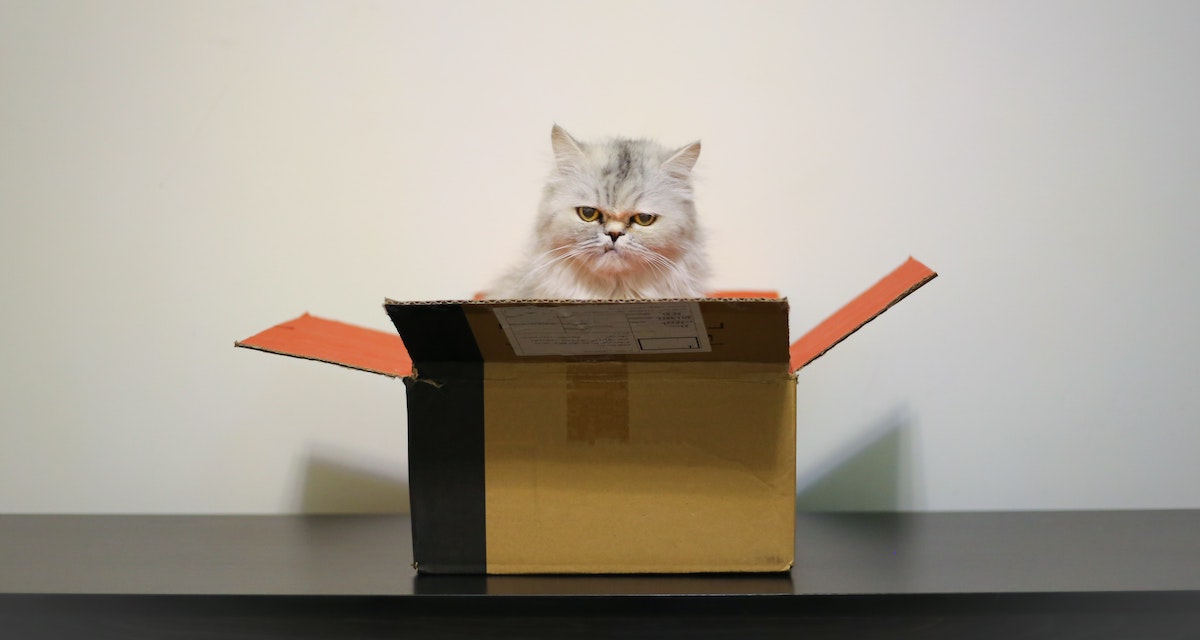 The original version of this essay appeared in my Monday Medley newsletter.

I got into a somewhat silly argument on Twitter last week with someone claiming mask-wearing is just theater.

I pushed him to provide any evidence to support the argument that masks don't work and he wouldn't, or couldn't, so it wasn't particularly productive. But it did highlight an epistemological challenge we're regularly finding ourselves in: what I'll call Schrödinger Claims.

Schrödinger's Cat is the famous thought experiment wherein a cat stuck in a box with a randomly activated kill-switch could be considered both alive and dead until we open the box and find out.

If someone said "the cat is alive" or "the cat is dead" they would be both right and wrong. We couldn't say which for sure until we open the box and look for ourselves.

A Schrödinger Claim is a statement that could be true, or false, depending on "what's in the box." Once you know to look for them, you'll start seeing them everywhere, especially for creating straw men to mischaracterize what someone said.

Let's go back to the mask example. When someone says "masks don't work" they could be saying something true, or false. It all depends on what they mean at a deeper level. It's not a descriptive enough statement for us to apply a yes/no evaluation to it.

But that doesn't mean "masks don't work." They work really well at reducing how much you spread the virus if you're infected. Even in close contact for long periods of time. I've looked very hard and I cannot find a compelling way to argue that masks "do nothing" to reduce the spread of COVID. They work. They might not work as well as some people claim. But they certainly do more than nothing.

When someone says "masks don't work" or "masks work," it’s tempting to jump to saying "you're wrong" depending on what perspective you're coming from. But we simply don't have enough information to know. It could be true, it could be false, but we won't know until we open the box and see what they really mean.

A similar Schrödinger Claim happens with meat. Saying "meat is bad" is not enough. It could be true, it could be false. If you mean "the industrially raised sick animal meat that most Americans have access to is bad" then you're right. It's bad for your health, bad for the environment, bad for the animals, it's bad.

But if you mean "meat that you harvest yourself is bad" then you're wrong. That's some of the most nutritious food you can eat, it's good for the environment, good for the food system, it's good. "Meat is bad" and "Meat is good" are Schrödinger Claims. We just don't know if they're true or not till we open the box.

Recognizing when we're dealing with a Shrödinger Claim is important because they're a very easy way to create outrage. If someone wanted to make me look bad they could say "Nat said masks don't work." If you know how to spot the sleight of hand, you'll know they've taken a complete statement: "masks don't work that well to prevent you from getting sick," and they've shortened it into a murkier statement "masks don't work" which meant one thing in the context of this article but will be interpreted as a very different thing when stripped of its context. They know what they're doing, but they're technically not misquoting me, and it's an easy way to win outrage points.

Another time recognizing these beliefs is important is in improving our own knowledge. To be generous to the guy I was arguing with, I'll assume he just over extrapolated from "masks don't work well to protect the wearer" to "masks don't work" to “masks are just theater.” They aren't the same thing, but they feel the same, and it's an easy way for our beliefs to slide from being evidence-based to emotion-based.

But the most important takeaway is that before we disagree with someone, we should try to fully unpack their statement. Look in the box before getting angry about the dead cat. Maybe it's alive after all.

I'm a Stupid Monkey and You Are Too
Making Money, Making Happiness
Increasing the Difficulty
16 Popular Psychology Myths You Probably Still Believe
Forget Commitment: Invest in Something