The Case Against Soap 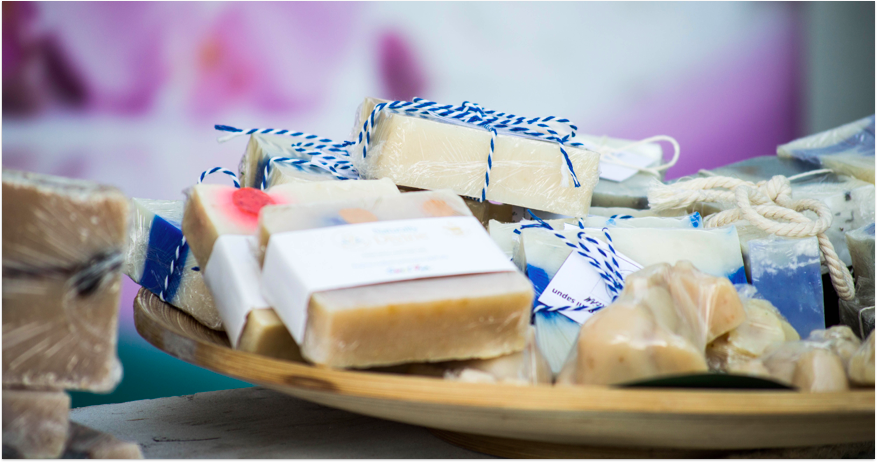 When I published my article about stopping using shampoo, a few readers reached out and mentioned that not only was shampoo unnecessary, soap and other cleaning products could be mostly dispensed with as well.

Here’s the short version: You don’t need to use soap 90%+ of the time you’re using it right now, assuming you’re not regularly doing some kind of dirty laborious work. Water and a towel will do fine.

When I mention this to people, they usually look at me like some sort of sea monster and then have one of a few reactions:

And then a follow-up question usually comes up: What about hand washing?

Let’s start with the smell concern.

Why Don’t You Smell Terrible?

As with not using shampoo, you’ll have to trust my mother’s incredulity as sufficient evidence that I don’t smell bad or look dirty. She had no idea I’d mostly stopped using body soap, and no one else I’ve told it to has noticed any difference either.

First off, I still use deodorant. I tried cutting that out too, but I found that while I was fine without it 95% of the time, that 5% was unpredictable and nasty and not worth the risk. I should mention, though, that this was also true before I stopped using soap. Maybe I can figure out not using deodorant, but until then, the safe bet is to keep using it.

But back to the question of not smelling terrible, we need to go a level deeper from simply assuming that no soap = bad smell. The real question is, why would you smell bad in the first place?

It turns out that a big part of body odor is what you eat. That’s why people who eat a lot of garlic, onion, and cumin, as you might find in Indian food, can have particularly bad body odors, as can people who eat a lot of junk food. As you digest food, compounds from the food are released through the pores of your skin, so certain foods in excess end up affecting how you smell.

The other big factor in body odor is being overweight. If you’re heavy enough to have folds in your skin, bacteria and mold colonies can grow between them and produce a nasty odor.

But in both of these cases, showering doesn’t prevent the smell, rather it helps wash off the nasty oils. So unless you’re producing so much oil that water and a towel aren’t enough to scrub off the scent, you’re fine without soap. You just have to make sure you’re eating healthy, you’re not overweight, and that you’re regularly rinsing off.

Why Don’t You Look Dirty?

To understand why you can still look fine not using soap, we need to understand how soap works.

You can read the more detailed description on Wikipedia, but here are the sparknotes:

Soap was never intended to be used for maintenance, rather, it was a way to get rid of dirt and mud that had caked onto your skin from a long day of work. You got covered in mud, or worse, excrement, and then soap helped you get it off.

Somewhere along the way, using soap became a daily ritual (this can probably be explained by marketing) to the point where it seemed odd not to use it. It probably starts with being young and playing in the mud, since your parents needed to use soap on you every day to scrub the muck off.

Then, as you got older, you kept using it because, well, that’s what you’re supposed to do. But you never stopped and asked if it was really necessary. You just kept doing it and kept doing it for so long that it seems gross for this guy on the Internet to not be doing it.

But here’s the important question: what are you scrubbing off, exactly? What are you doing during the day to get your skin so dirty that you need to use soap? Sure, I’ll grant that if you just got back from a Spartan Race you could probably use a one over with a real bar of soap, but do you need to do it every day as you rotate between your house, office, restaurants, and gym? Most likely not. You’re never getting dirty.

If you’re living a modern life of general cleanliness, there’s no need to constantly be lathering up in order to keep yourself clean. Water and a towel will do wonders.

Now for the last major concern: why aren’t I getting sick all the time?

Why Don’t You Get Sick?

The idea “if you don’t use soap you’ll get sick” implies that something about soap prevents sickness.

If soap prevented sickness, then it would need to either remove harmful bacteria, or it would need to make your immune system stronger. And while the first case is sometimes true, the second one definitely isn’t.

Regular soap doesn’t kill bacteria, it moves them around and (hopefully) removes them from your body. This is why your skin is dry after using soap. The soap is doing that whole “magic soap bubble oil removing process” to your skin and carrying away the bacteria that are hanging out in the oil of your body.

Eventually, people decided that wasn’t enough, so they created “antibacterial soap” which kills the bacteria instead of spreading them around. The problem with this should be obvious: if you kill the bacteria on your skin, you’re killing just as many, if not more, of the useful bacteria that protect you from diseases in the first place.

Constantly using antibacterial products, and even regular soap to some extent, weakens your skin’s ability to handle infections on its own. With regular soap, you’re stripping away the oil and taking good bacteria with the bad, and with antibacterial soap, you’re taking the nuclear option and killing everything off leaving your system weaker than before.

Even if antibacterial soap is killing some invading bacteria, the damage that comes with that doesn’t make it worth it. Using soap could be making you sicker in the long run by weakening the good bacteria that protect you. It’s antifragility applied to your health. If you deny your body the stress of foreign bacteria by being obsessive about using soap, you will worsen your body’s ability to manage the really bad infections in the future.

What About Hand Washing?

The follow-up question most people have at this point is whether or not it makes sense to use soap when washing your hands.

If you just shook someone’s hand, touched something, handled raw food (except maybe factory-farmed chicken) there’s really no need. You’ll be fine with water, or nothing.

In the bathroom, if you just peed, there’s no need to use soap either. If you’re a guy, your penis is probably cleaner than everything else you’ve touched recently (there’d be a better case to be made for washing your hands before touching your fun zone), so water will again be fine.

After wiping, it makes sense to use soap if you get some excrement on your hands. That’s one of the use cases we had it for originally. But you should still try to get real soap, not mystery public bathroom pink goop with who-knows-what in it. Public soap dispensers are so bad that people have more bacteria on them after using soap, just because of the dispensers, so you don’t want to rely on them too much.

As for the risk of getting other people sick by not using soap all the time, I’d rather live in a world where we all have strong immune systems than one where we’ve mutually agreed to weaken our immune systems. Will I get people sick by carrying around bacteria that aren’t affecting me? Possibly, but it’s up to them to build up their own immune systems. If we all sterilize ourselves to try to protect each other, we’re all doomed when something particularly bad starts spreading.

I’d be remiss if I didn’t point out some other benefits to decreasing soap use. For one, I can travel much lighter, since I no longer need to pack soap or shampoo.

Another thing I’ve noticed since stopping using soap (and not using lotion) is that my skin has gotten more, for lack of a better word, moist. It’s not as dried out in cold climates. Many people, particularly women, are stuck in a nasty loop of:

But since I stopped using soap so much, I rarely get dry skin, and therefore don’t need to use lotion either. My skin takes care of its moisture on its own.

There’s also some benefit to not exposing yourself to the unknown effects of whatever else is going into soap. I’m not one to say “chemicals are bad!” but it seems odd that a simple bar of Dove soap has all of these ingredients:

Do I definitively know that any of them are bad? No, but I’d prefer not to rub mystery chemicals on my body if I don’t have to.

I recognize that not using it grosses people out, but when you dig into it, there’s no reason to use it if you still look and smell fine without it and if you’re not getting sick. “Everyone else does it,” or “my mom said I need to do it” aren’t arguments (sorry mom).

You have to do your research and experiment and decide for yourself what makes sense, instead of defaulting to what everyone else around you is doing.