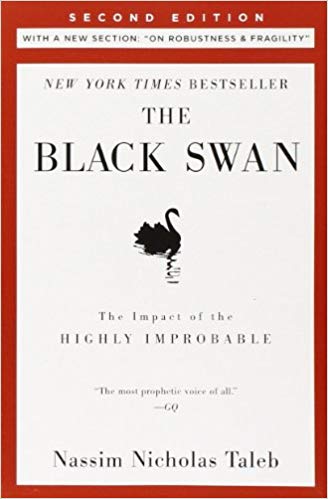 Complete game changer in thinking about sudden, unexpected events. Not only does it help you be less foolish in interpreting the world around you, it provides a model that anyone (not just entrepreneurs) can use for maximizing the potential for sudden success in life while decreasing the risk of sudden ruin.

A Black Swan has three characteristics:

The Triplet of Opacity:

The Danger of Averages

“Seneca ended his essays (written in the epistolary form) with vale, often mistranslated as “farewell.” It has the same root as “value” and “valor” and means both “be strong (i.e., robust)” and “be worthy.” Vale.”