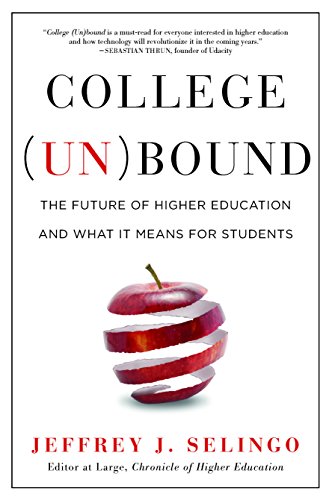 Interesting info on how the college system became so messed up, felt fluffed though.

“Today, there are some 5,300 colleges and universities in the US, everything from beauty schools to Harvard. They bring in $ 490 billion in revenues each year. They employ more than 3.5 million people. They hold $ 990 billion in assets, including cash, investments, and campuses that are essentially minicities. And they spend $ 440 billion on goods, services, and people each year.”

“Colleges now view students as customers and market their degree programs as products.”

“What you witness are campuses where the students are customers first, classrooms are filled with adjunct professors who rush off to their next job after class, and students spend very little time engaged in studying or learning.”

“Out are the days of professors telling students on the first day of class to look at the person on their left, then their right, and know that only one of them would still be there at graduation. Now professors know that students expect convenience, ease, and entertainment.”

“The book’s bottom line: 45 percent of students in the study made no gains in their writing, complex reasoning, or critical-thinking skills during their first two years of college. After four years, the news wasn’t much better: 36 percent failed to show any improvement… Those who majored in the humanities, social sciences, hard sciences, and math did the best. And the majors that did the worst? Education, social work, and the most popular major on US college campuses: business.”

“Not surprisingly, the students who scored the lowest on the CLA also struggled in life after college. They were three times more likely than those scoring at the top to be unemployed, twice as likely to be living at home with parents, more likely to have run up credit card bills, and less likely to read the news or discuss politics.”

“This persists even as every new study of online learning arrives at essentially the same conclusion: Students who take all or part of their classes online perform better than those who take the same course through traditional instruction.”

“Higher education in the United States is measured in units of time: credits, semesters, academic years. The foundation of this system is the credit hour, a concept defined officially by the federal government as one hour of direct faculty instruction and two hours of work outside of class each week during the semester. The rules allow for alternatives, including internships and lab work, but all are based on the standard of time spent in a chair. This method of measurement, of course, fails to assess what is actually learned in those seats in any meaningful way.”

“Between the very top colleges, there is no difference. While the University of Pennsylvania would like to think it is much better than Penn State, at least when it comes to lifetime earnings of their graduates, the research shows no significant difference between the two institutions.”