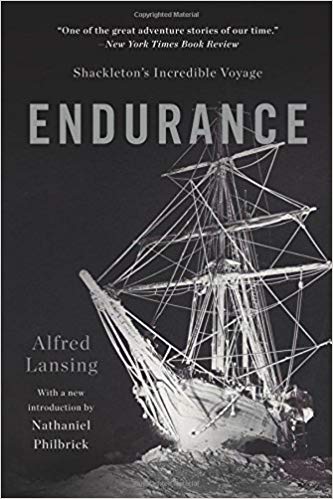 Holy shit what a ride! Absolutely amazing story of perseverance and leadership, a must read. Whatever struggles you think you are going through simply cannot compare.

“For scientific leadership give me Scott; for swift and efficient travel, Amundsen; but when you are in a hopeless situation, when there seems no way out, get down on your knees and pray for Shackleton.”

“It was a dramatic gesture, but that was the way Shackleton wanted it. From studying the outcome of past expeditions, he believed that those that burdened themselves with equipment to meet every contingency had fared much worse than those that had sacrificed total preparedness for speed.”

“And yet they had adjusted with surprisingly little trouble to their new life, and most of them were quite sincerely happy. The adaptability of the human creature is such that they actually had to remind themselves on occasion of their desperate circumstances. On November 4, Macklin wrote in his diary: “It has been a lovely day, and it is hard to think we are in a frightfully precarious situation.””

“Though he was virtually fearless in the physical sense, he suffered an almost pathological dread of losing control of the situation. In part, this attitude grew out of a consuming sense of responsibility. He felt he had gotten them into their situation, and it was his responsibility to get them out. As a consequence, he was intensely watchful for potential troublemakers who might nibble away at the unity of the group.”

“What might have been an act of reasonable caution to the average person was to Shackleton a detestable admission that failure was a possibility.”

“And so that peculiar brand of anxiety, born of an impossible goal that somehow comes within reach, began to infect them. Nothing overt, really, just a sort of added awareness, a little more caution and more care to insure that nothing preventable should go wrong now.”