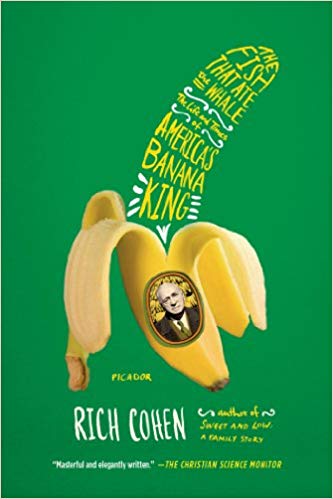 One of the craziest, most impressive stories of business smarts I’ve come across and from someone otherwise unknown. Like a real-life Francisco d’Anconia from Atlas Shrugged.

““Deposing [José Santos] Zelaya’s government in Nicaragua [in 1909] had required the combined efforts of the [American] State Department, the navy, the marines, and President Taft,” wrote Stephen Kinzer in Overthrow. “In Honduras, Zemurray … [did] the job himself.”

“She has not seen the land, does not care much about it, but yes, here’s the title and the receipt on taxes, right here. Let’s say the second owner was a speculator from Tegucigalpa. For him, the five thousand acres was a bet, made long ago, that with the explosive growth of the banana business, prices in the Motagua Valley would soar. When this mess of deeds came to light, United Fruit did what big bureaucracy-heavy companies always do: hired lawyers and investigators to search every file for the identity of the true owner. This took months. In the meantime, Zemurray, meeting separately with each claimant, simply bought the land from them both. He bought it twice— paid a little more, yes, but if you factor in the cost of all those lawyers, probably still spent less than U.F. and came away with the prize.”

“When Zemurray realized he would never get permission to bridge the Utila, he did what he’d always done: innovated, building surreally long docks on both sides of the river, then having his engineers design a temporary bridge, though no one was allowed to call it that. The inflatable device could be thrown from extended dock to extended dock in no time, completing the railroad that ended on one pier and began again on the other. According to Life, “The whole contraption could be taken up or down in three hours.” When United Fruit complained to Honduran officials, saying Cuyamel had built a bridge without a permit, Zemurray smiled and said, “Why, that’s no bridge. It’s just a couple of little old wharfs.””

“The greatness of Zemurray lies in the fact that he never lost faith in his ability to salvage a situation. Bad things happened to him as bad things happen to everyone, but unlike so many he was never tempted by failure. He never felt powerless or trapped. He was, as I said, an optimist. He stood in constant defiance. When the secretary of state teamed up with J. P. Morgan and the Honduran government in a way contrary to Zemurray’s interests, he simply changed the Honduran government. When United Fruit drew a line at the Utila River and said, “You shall not cross,” he crossed anyway. When he was forbidden to build a bridge, he built a bridge but called it something else. For every move, there is a countermove. For every disaster, there is a recovery. He never lost faith in his own agency. With his fortune fast diminishing, it was time to act.”

““You’re fired! Can you understand that, Mr. Chairman?” What followed was the sort of graveyard silence in which each board member recalculated his own prospects. “You gentlemen have been fucking up this business long enough,” Zemurray told them. “I’m going to straighten it out.” Much later, analysts pointed out the flaw in the noncompete clause Zemurray signed at the time of the merger: it barred Zemurray from working for a rival or starting a new fruit company, but it did not foresee the outlandish possibility of Zemurray taking over United Fruit itself. “[ I didn’t want to watch] the greatest company in the world go to hell in a hand bucket,” Zemurray explained.”

“You had to see it even if you didn’t want to. It was performed at the White House for President Wilson. Bernays had pioneered a trick he would use throughout his career. If you want to advance a private interest, turn it into a public cause.”

“In the 1950s, a consortium of publishers— including Harcourt Brace and Simon & Schuster— concerned about a dip in numbers, hired Bernays. Did he go into schools and make the case for books? No, he talked to the architects and contractors who were designing the new suburban homes and convinced them a house is not modern if it does not include built-in bookshelves. Indirection.”