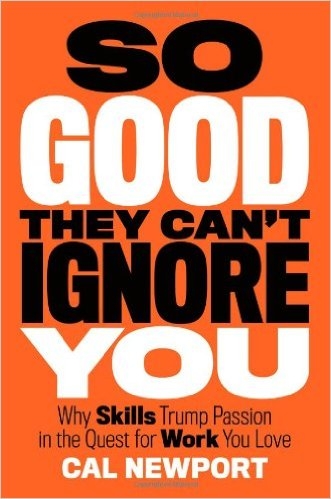 Don’t “follow your passion,” focus on getting really good at something and passion will follow. This summarizes the entire book, without offering as much tactical advice as Deep Work (to me). Many people think this is his better book though, so try it for yourself.

If you’re not focusing on becoming so good they can’t ignore you, you’re going to be left behind.

Strain, I now accepted, was good. Instead of seeing this discomfort as a sensation to avoid, I began to understand it the same way that a body builder understands muscle burn: a sign that you’re doing something right. (see Peak)

The $100 Startup by Chris Guillebeau