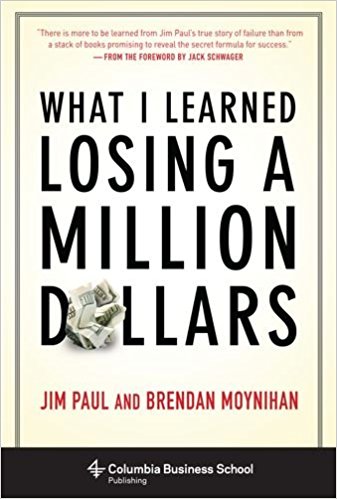 A more story-focused version of many of the lessons in Fooled by Randomness. If you understood that book, you won’t need this one.

“Personalizing successes sets people up for disastrous failure. They begin to treat the success as a personal reflection rather than the result of capitalizing on a good opportunity, being at the right place at the right time, or even being just plain lucky.”

“That taught me that there are people for places, places for people. You can do some things and you can’t do other things. Don’t get all upset about the things you can’t do. If you can’t do something, pay someone else who can and don’t worry about it.”

“However, all losses can be categorized either as (1) internal, such as self-control, esteem, love, your mind, or (2) external, such as a bet, a game or contest, money.”