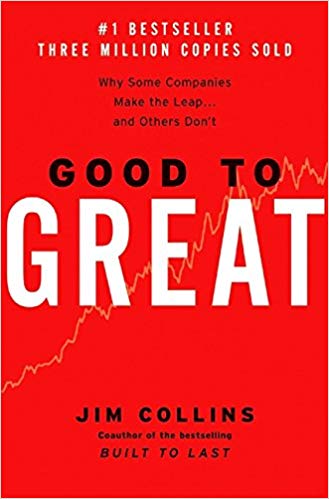 Primarily about what makes a business great, but also a useful tool for making your own life great. Where do you want to be great, not just have success?

“Indeed, the real question is not, “Why greatness?” but “What work makes you feel compelled to try to create greatness?” If you have to ask the question, “Why should we try to make it great? Isn’t success enough?” then you’re probably engaged in the wrong line of work.”

First Who, then What:

A Culture of Discipline

The Flywheel and the Doom Loop

From Good to Great to Built to Last

The 4-Hour Workweek by Timothy Ferriss