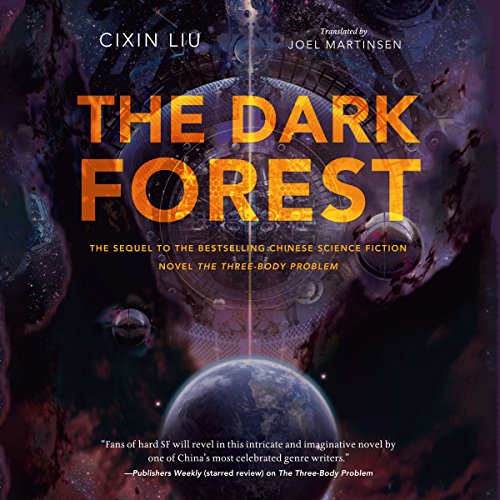 “First: Survival is the primary need of civilization. Second: Civilization continuously grows and expands, but the total matter in the universe remains constant.”

Without the fear of heights, there can be no appreciation for the beauty of high places.

For the majority of people, what they love exists only in the imagination. The object of their love is not the man or woman of reality, but what he or she is like in their imagination. The person in reality is just a template used for the creation of this dream lover. Eventually, they find out the differences between their dream lover and the template. If they can get used to those differences, then they can be together. If not, they split up. It’s as simple as that. You differ from the majority in one respect: You didn’t need a template.”

Three things are unfilial, and having no issue is the greatest. Brother Luo, the lineage of the Shi family four hundred years from now is in your hands.”

"Trisolaris is afraid of you. Be your own Wallbreaker. Find out why.”

"There's another term you might find interesting, Dr. Luo," said the first neighbor, drawing closer to him. An economist before hibernation, he had a deeper understanding of the issues. "It's called civilization immunity. It means that when the world has suffered a serious illness, it triggers civilization's immune system, so that something like the early Crisis Era won't happen again.

"But in this dark forest, there's a stupid child called humanity, who has built a bonfire and is standing beside it shouting, 'Here I am! Here I am!" Luo Ji said.

As the elderly passed away, the departed Golden Shore vanished into de smoke of history. The ship of human civilization floated alone in the vast ocean, surrounded on all sides by endless, sinister waves, and no one Inew if there een was an opposite shore.

The Jungle by Upton Sinclair