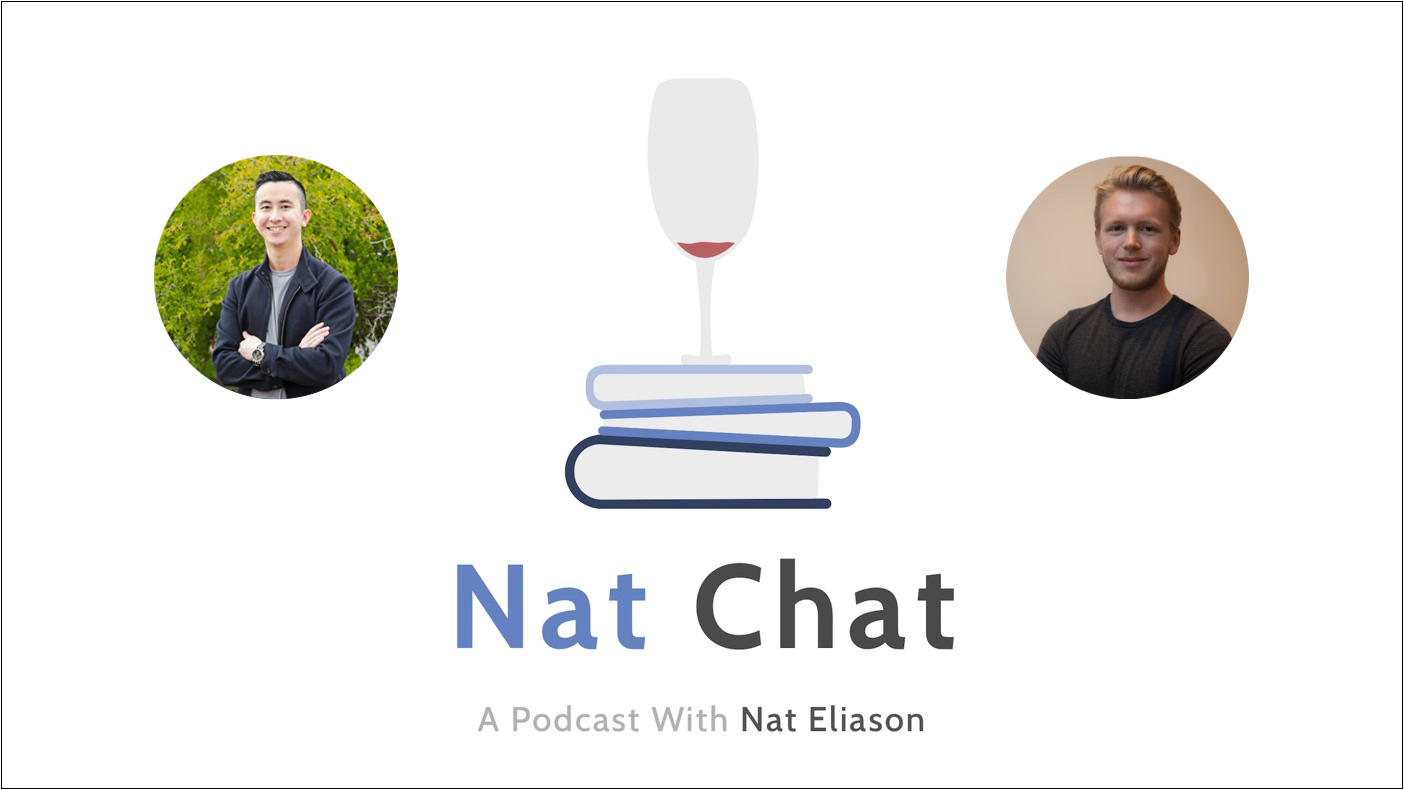 “If you can get into a job that has a really small team where you can work closely with the founders, you learn at a much more accelerated rate than if you were working in a much larger company dealing with managers.”

In this episode of Nat Chat, I’m joined by Vincent Nguyen. Early into his college career, he already knew that the traditional college path wasn’t for him. He started a blog on the side called Self Stairway and over the course of seven months, he began posting on publications, connecting with influencers, and eventually got the opportunity to take on an apprenticeship with the company Empire Flippers. He took the apprenticeship, dropped out of college, and moved to the Philippines. After six months of working with them, he was promoted to be their marketing director and after a while, he branched off to start his own company, Growth Ninja. He’s been doing that for over two years now and helps sites grow through Facebook advertising.

Vincent’s a good example of the great opportunities that you can gain from getting an apprenticeship, as well as showing that you don’t necessarily need a degree to be successful.

We cover a wide range of topics, including:

And much more. Please enjoy, and be sure to check out Vincent’s company Growth Ninja!

1:30 – Introduction to Vincent, a bit on his first apprenticeship, becoming a marketing director for Empire Flippers, and then leaving to start his own company.

3:53 – Some of the internships Vincent was doing before he left for his apprenticeship at Empire Flippers.

6:20 – A bit on Vincent’s self-improvement blog Self Stairway and some of the things that he did there.

9:25 – Vincent detailing the video that he did which greatly helped him land the apprenticeship at Empire Flippers that eventually led to him starting his company Growth Ninja.

14:36 – Some more on Vincent’s apprenticeship with Empire Flippers, some info on the company being based in the Philippines, and what Empire Flippers does.

17:31 – Vincent’s transition from being an apprentice to becoming the marketing director of Empire Flippers and how he developed the skills for that role.

24:28 – What made Vincent not want to go to college and what peaked his interest in entrepreneurial pursuits.

26:19 – Some of the reasons that Vincent left Empire Flippers to start Growth Ninja.

28:38 – The beginning experiences that Vincent had with starting Growth Ninja. Also, what it was like for him leaving Empire Flippers to start his own company, and how he maintained a relationship with Empire Flippers afterward.

31:09 – What the business has been like for Vincent in the past two years. Also, some discussion on existential crises, finding out what you want to do in life, and some helpful perspectives on choosing something that you want to do.

34:46 – What made Vincent choose to keep his company local instead of remote.

39:38 – Some of the books that had the largest impact on Vincent with entrepreneurial confidence.

41:40 – Some last thoughts and things that Vincent wished he had known earlier when getting started with his entrepreneurial pursuits. Some good advice for others interested in making better decisions and being more successful.

43:25 – Wrap-up, where you can learn more about Vincent, and where to find him online.

Always be open to criticism and feedback. Don’t be so convinced that you’re right and don’t be so sure of yourself.

Escaping Boring Jobs to Jump Rope and Look Good Naked with Zen Dude Fitness
Hacking Free Uber Rides and Reaching Out to Anyone with Kevin Miller
Quitting College to Learn Programming in 7 Months with Bekah Lundy
Creating a Career from Art, Travel, and Instagram with Tasha Meys
Reframing the Way You Learn and Becoming a MetaLearner with Nasos Papadopoulos