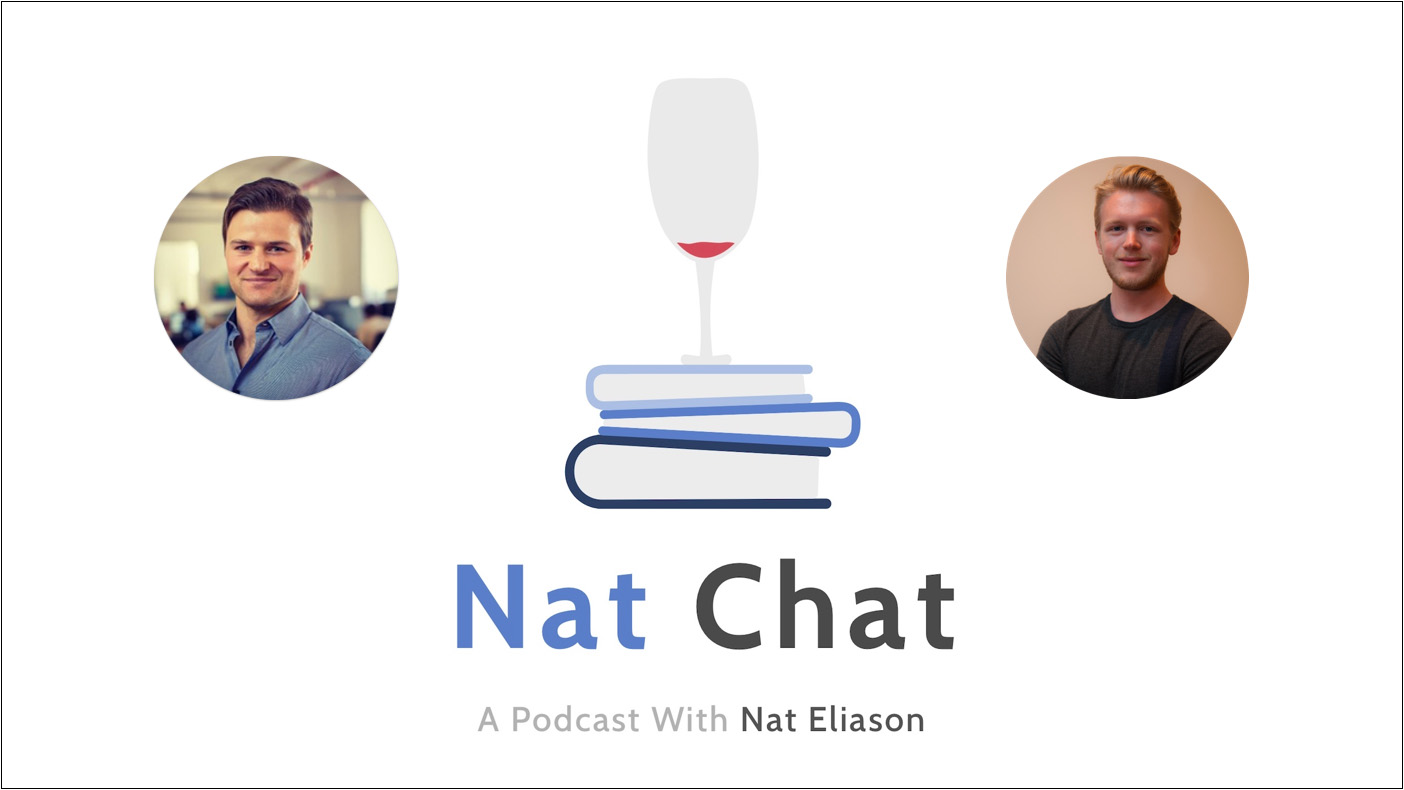 “There is such value, while going through that period of uncertainty with your business, to have someone there with you to help you overcome the insecurities and doubts that you have.” – Scott Britton

In this episode of Nat Chat we have Scott Britton. Scott is currently the co-founder and head of growth for Troops, a slackbot that helps sales teams integrate easier with Salesforce, and his path there was all but conventional.

When Scott graduated, he went to work for an athlete management company to live out his dreams of being Jerry Maguire but quit after just a few months. He then helped someone grow their startup, transitioned into starting his own company, and then when that shut down, started teaching professional skills in person, online, and making money through courses.

He got looped into a community of other online educators and ended up moving to Brazil with them for a while to work on his site, Life-Long Learner, as well as his podcast, The Competitive Edge.

This episode is perfect for you if you’re interested in entrepreneurship, networking, lifestyle businesses, building a brand, learning sales and marketing, or if you’ve ever fantasized about running off to another country for a bit.

We covered a ton, including:

And at the end of the episode, Scott has a challenge for you, so be sure to watch for that.

Please enjoy, and reach out to Scott Britton on Twitter!

If you want to hear from someone else who quickly ditched corporate life to work on a startup, listen to my interview with Helen Guo who reneged on an offer from Morgan Stanley to do just that.

Or if you want to hear from someone else who ran off to Brazil to get started in entrepreneurship, check out my conversation with Taylor Pearson who went there to learn SEO and other marketing skills while living cheaply.

1:50 – Who Scott is, his background, what he does, and Scott sharing his personal experience with quitting a job to find his path in life.

5:28 – Scott’s wisdom regarding finding the right career path, the power of trying many different jobs, and on optimizing progression.

11:39 – Scott’s first experiences with entrepreneurship, him being aggressive with networking, and having his first startup.

16:25 – Scott on leaving his first startup to join another company to get back to his passions.

20:40 – Scott on hitting a learning plateau, starting his website, and eventually leaving his job to teach on Skillshare and Udemy.

26:20 – Scott beginning to work with the founders of Charisma on Command, quitting his job, and moving to Brazil to teach startup business development.

32:02 – Scott starting his podcast, starting webinars, and moving back to New York to cofound Troops.

40:11 – Scott’s experience with the pressure to succeed and to do what he wanted. Also speaking on what he studied in college.

43:11 – Scott on how his athletic rigor during college correlated into grit, discipline, positive habits, and determination in the working world.

44:48 – What Scott would have done differently in college knowing what he knows now and him speaking on what he regarded as true in college, that he now knows as false.

49:41 – Scott’s favorite questions that he asked himself for reflection.

51:43 – Scott’s book recommendations to incoming freshmen and seniors at Princeton.

52:41 – Wrap up, an interesting challenge from Scott, and where to find Scott online.If you enjoyed this episode, don’t forget to subscribe at https://nateliason.com/podcast

“When you spend forty hours a week on an activity in addition to college, you learn a level of balance and discipline that makes life much easier.” – Scott Britton

Quitting College to Learn Programming in 7 Months with Bekah Lundy
Are You an Excellent Sheep? A Chat with William Deresiewicz
Top Twenty Poker Professional to High-End Productivity Coach with Chris Sparks
The Marathon of Beer, Books, Philosophy, and More with Neil Soni
How to Profit from Chaos: Lessons from Antifragile by Nassim Taleb