By Nat Eliason in Life 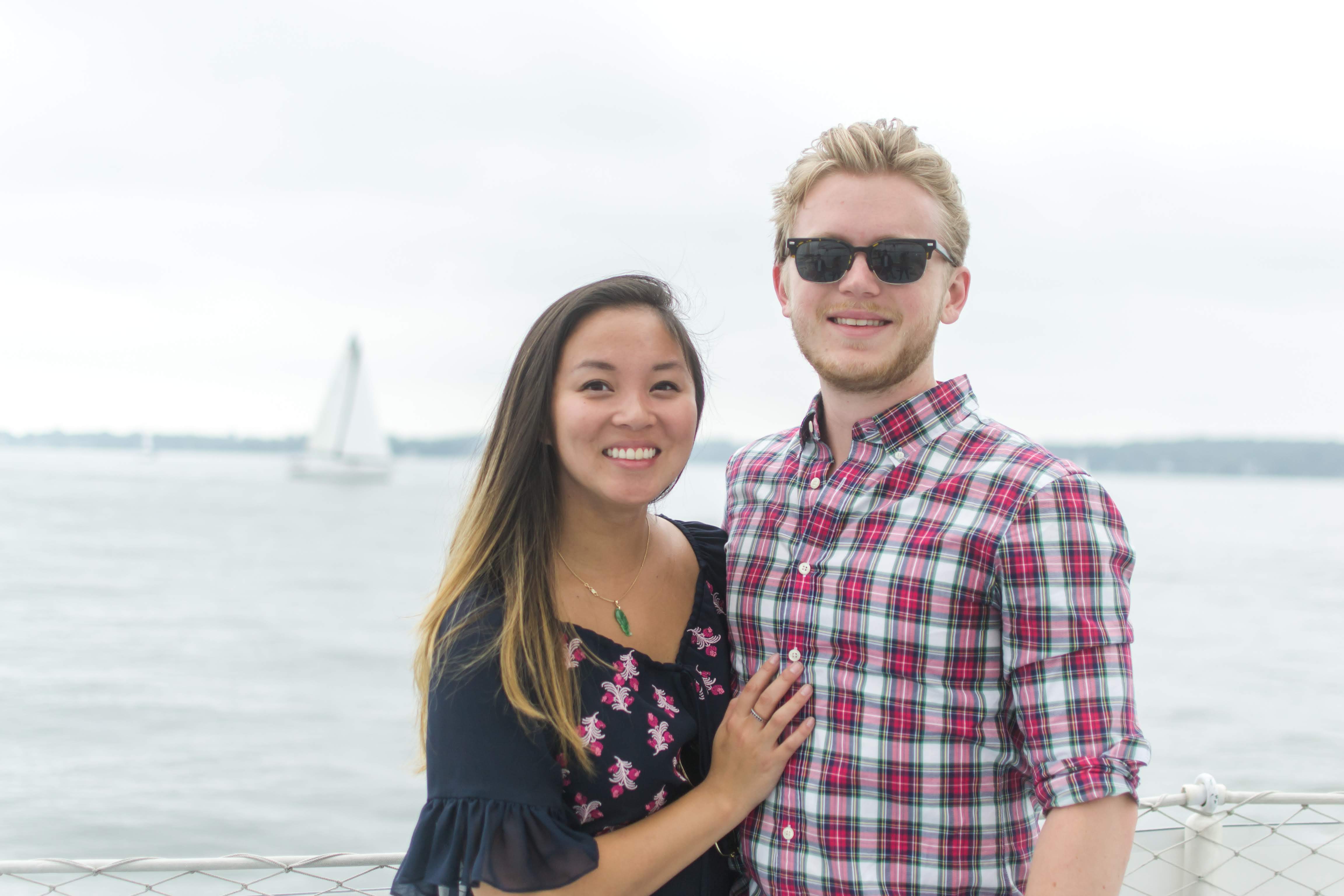 Today is my 26th birthday, so in keeping with what’s now a two-year tradition, I wanted to write up a few ideas I’ve learned or started to learn in the last year.

As I started listing them out, I realized most of them were related to business and entrepreneurship, which makes sense since this was by far the most successful year of my professional career.

Growth Machine grew from 2 to 6 people, and from under $50k a month to over $100k. We had our first team retreat, launched a tea store, created a writer matchmaking service, started work on a cafe, launched our growth course, and a lot more.

The theme of last years reflection was “investment,” deciding to commit to things. And I’ve definitely done a better job of that in the last year than I had before. If I had to pick a theme for this year’s, I’d say it’s “compounding,” or “scale.” Though I’ll be curious to see in a year what I look back at this year’s theme being.

Anyway, in no particular order, here are the main lessons that came to mind.

Also, the pictures have nothing to do with the ideas, they’re just some of my favorites from throughout the year and I wanted to include them.

Create Synergy Among Your Projects

There’s nothing inherently wrong with having multiple projects and splitting your time among them, but if you’re going to do that, try to create some synergy among them so they all support each other.

Right now I have a few “active” projects: Growth Machine is the big one, followed by Cup & Leaf, this blog, The Writer Finder, Build Your Own Growth Machine, my book notes, and the Monday Medley.

I also have a few “stagnant” projects, ones that I don’t work on anymore but that continue to support me or my work in some way: Made You Think, Nat Chat, Stamena.

One thing I’ve learned a lot in the last year is that everything works better, and can grow faster, with good synergy among projects. Each project will have its own dedicated audience and customer base, but there should also be the potential for audiences to carry over between projects so they can support each other.

Cup & Leaf started as a Growth Machine case study, and it remains extremely useful for that. We can talk about it at length in our sales calls, interviews, and blog posts, since we have no need to keep its stats secret the way we do for our clients.

It’s been the foundation for a lot of great articles, and I always jump to talking about it in podcast interviews since it’s a great proof of competency.

Growth Machine, in turn, is great for Cup & Leaf. For one, our expertise and systems are how Cup & Leaf was able to grow into one of the top tea blogs in less than a year. But there’s also a big boost from being able to talk about Cup & Leaf in interviews and blog posts, since that can get us new customers, and more importantly, backlinks to help the site rank.

Within the Growth Machine ecosystem, everything is mutually supportive since our core service offering, the Writer Finder, and our course are really just three different “product tiers” depending on someone’s budget. If someone can’t afford our core offering, I always suggest they buy our course or have us help them find a writer instead. It’s a great way to still be useful, and to still make money, from leads that aren’t a good fit for our consulting work.

Then this blog, the Medley, and my book notes all continue to support everything else. The book notes have become a big source of inbound for the site, and help people find what else I’m writing about. They’re also a nice source of passive income.

The blog lets me talk about all of my other projects, most notably Growth Machine and Cup & Leaf. And, of course, get them backlinks. And then the Medley helps everything as well by sharing what’s going on, boosting things we’re doing at all the other projects, and building relationships with readers like you.

For a while this year I was looking seriously at buying an investment property. I ended up deciding not to do that and to put the money towards the Cup & Leaf cafe instead, mostly because of this synergy consideration. A rental house wouldn’t really fit nicely into my ecosystem. The cafe does in so many ways.

When starting out working on entrepreneurial side projects, it’s tempting to jump around between whatever is sexy and interesting at the time. But as much as you can, I think it’s important to create synergy among whatever you’re working on.

I first heard this idea in “The E-Myth Revisited” when I read it back in college, but I really only “got it” in the last year:

There are two ways to interpret this advice. The first way is how I interpreted it when I read it alongside The 4-Hour Workweek. Basically that your goal is to automate yourself out of doing any work so you can chill on a beach and sip mojitos. Like I mentioned a couple years ago, that didn’t make me very happy.

Now I look at it another way: your job as an entrepreneur is to figure out 80% of something, then hire someone better than you at it to get it to 100% so you can go figure out something else.

You don’t want to get completely “free of a job,” you want to get free of the job you’re doing right now. Not because you’re lazy or want to live off the work of others, but because that’s the only way a business grows: by constantly creating new jobs for yourself.

Pretty much everything you do as a founder eventually needs to be taken over by someone else if you’re going to grow your business, and the longer you take to hand off responsibility to someone who can do it better than you, the slower your business will grow.

And where it really gets better is when you can empower the people you work with to do the same. Because the results of how quickly you can multiply your capabilities gets further accelerated by other people multiplying theirs.

While I grasp this intuitively, I still struggle with some parts of it. There are some things that I just haven’t hired for, or haven’t done a good job outsourcing, for reasons I can’t give a good explanation for. But at the same time I know I need to. That’ll likely be something I need to work on more this year.

There’s Nothing Wrong with Liking Work

When you see arguments about “how much is too much work,” they’re oversimplifying the concept of work.

Spending 60 hours spent on meaningless, unfulfilling work like breaking rocks or consulting is not the same as spending 60 hours doing something you love. And if you love what you’re working on, then there’s no reason you can’t work more than a 40 hour week on it.

I think the better way to frame the “how much can you work” question is “how many hours can you put towards something that’s not intrinsically motivating.” I agree that you probably can’t get more than 30-40 good hours of work done on something that you wouldn’t do if it weren’t paying you. But on stuff that’s fun to you? There’s really no upper limit.

Related to enjoying working, don’t assume that just because someone says a certain kind of business sucks that it’ll suck for you.

Pretty much everyone (except Julian Shapiro) told me that doing an agency would be miserable and I shouldn’t do it if I didn’t have to. Or that it’d suck up till ~20 employees then might be okay.

They were all wrong. It’s been awesome and I’m super happy I did it.

Here’s my suspicion: most businesses fail, or are failing, and neither of those experiences are particularly pleasant. As a business fails, founders tell themselves they hate (or hated) working on it anyway so they feel better about it. Then they need to stick to that narrative (sunk cost / confirmation bias), so whenever they see someone starting a similar business, they try to talk them out of it.

And it it’s not that, then most people are saying something is a bad idea out of fear of the unknown. I won’t lie, figuring out permitting and health codes is scary, but at one point so was starting a site, pitching a client, hiring someone, writing a blog post. So I imagine that in ~6 months or so, all of the health code and permitting stuff will feel pretty well understood too.

People who tell you that doing X kind of business sucks probably:

You may as well just do it and find out for yourself. Because I can almost guarantee that any business that’s working and growing feels pretty damn good.

I wrote about this more in my “increasing the difficulty” article, but you’re in control of the level of challenge in your life, and you’ll most likely figure out how to meet whatever difficulty you set it at within reason.

While there’s definitely a time and place for relaxing, I think that if your someone who gets your sense of meaning primarily from work (not everyone does, some get more from family or community), then you need to find ways to continually increase the amount of challenge you’re taking on.

Multiplying yourself is a great way to do that, as is creating side projects. Or you can just try to move faster. Or you can try to do what you’re doing now in less time. There are tons of ways to do it, but if you want to get anywhere interesting professionally, you need to keep pushing on the gas at the right level to keep growing.

I think social media has given us an unrealistic idea of how much fun our friends are having without us.

Most of your friends aren’t doing much most days, and would love to be invited to some kind of event or outing. Even just a dinner.

If you get in the habit of inviting people to things, whether they’re more serious events or just working out at the gym, I can almost guarantee you’ll be happier. And you’ll build better friendships than just texting and liking each others photos.

Here’s the easiest way I’ve found to do this. Plan something as if no one, or just one friend, is going with you. Then text everyone you want to invite basically saying “hey I’m doing this thing on this day at this time, do you want to join?”

Don’t try to schedule something with a predefined group and hope that everyone’s schedules align. They won’t. Just start planning things and see who wants to show up.

This can be as simple as “hey I’m going to the climbing gym this evening, want to join?” It can be second degree dinners. It can be bigger events like a coffee tasting class I organized earlier this year. Just start doing it, and you’ll notice how fun it is and how much everyone else appreciates it.

These came to mind too, but I didn’t think they needed entire sections.

Here’s to another great year!